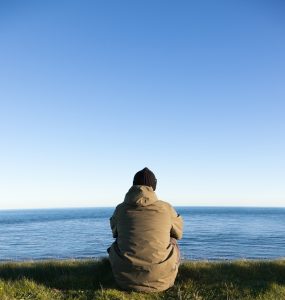 Candice says her husband, Trevor, was “the nicest guy around.”

He always wanted to help others. So when he became a volunteer firefighter in their hometown of 1500, it was completely in his character.

As a volunteer first responder, Trevor had to transition abruptly between his full-time landscaping career and the demanding duties of his firefighting role. Working in his hometown, Trevor’s calls often involved people he knew and cared about. On his first deployment, he watched his childhood hockey coach die. He was riddled with guilt, feeling that he should have done more to save him.

That experience began what Candice describes as “ten years of rough seas.”

The emotional and psychological toll of Trevor’s work affected his personality and home life. He was easily angered, solemn and detached, turning to drinking and isolation to cope as best he could. In moments of vulnerability, Trevor confided in Candice: “No one should have to see and do the things I’ve had to see and do.”

But he refused help, telling his wife that he had seen too much; if he opened up, he couldn’t do his job. Candice looked for help, but found no resources. She couldn’t approach his colleagues, because Trevor didn’t want to be judged or seen as weak; to the outside world, he was still the same happy guy that everyone liked.

In January 2017, Candice and Trevor had begun separating. In late February, Trevor resigned after 10 years with the fire department. The following month, Trevor took his own life.

“Everyone needs to know what Trevor has seen and experienced. He wasn’t just some guy who committed suicide. The circumstances he lived through led to this…he sacrificed his life to help others.”

It is Candice’s hope that sharing Trevor’s story will inspire others to seek help and will change first-responder culture. She hopes it will honour the memory of the nicest guy around.

“Having struggled through this experience, it is clear to me that we could have helped Trevor if there was solid research about trauma and what kinds of approaches had worked for others like him. When we know what’s working, we can reach out to people before things get really bad.”