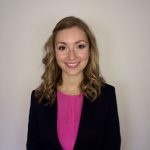 Alina Protopopescu is a fourth-year, PhD Candidate in the Research and Clinical Training Stream in the Department of Psychology, Neuroscience & Behaviour at McMaster University and a Clinical Psychology Resident at St. Joseph’s Healthcare Hamilton. She received her undergraduate degrees from McMaster University and Brock University in Honours Biology and Honours Psychology before entering her PhD in 2016. Her doctoral work focuses on posttraumatic stress disorder and its relations with emotion regulation, moral injury, and other psychiatric symptoms (e.g., depression, anxiety, dissociation, and cognition) and how these symptoms impact treatment outcomes in military personnel, veterans, and public safety personnel. Overall, Alina’s ultimate career objective is to become a clinical psychologist, who will work primarily with those with traumatic stress disorders.

Evaluating new tools for the assessment of moral injury