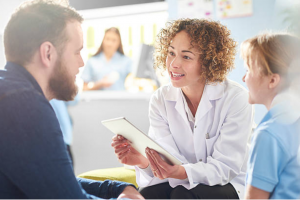 Research demonstrates that the practice of gratitude improves immune function, lowers blood pressure, and reduces the lifetime risk for depression, anxiety and substance use disorders.

Patients recovering from mental illness and addiction often ask how they can show their gratitude for a clinician, staff member or other individual who has played a key role in their recovery. We are pleased to announce a new program that allows patients who have benefitted from our research to do just that.

Homewood Research Institute (HRI) has launched the Grateful Patient Program, a donation program that enables patients to recognize someone special. And with every donation, grateful patients will also support others following in their footsteps on the road to recovery.

Patients are invited to donate and share their comments about an individual who contributed to making their recovery journey a success. Honourees will receive a letter of recognition, and all funds will support research at HRI that is designed to help future patients get better, faster.

Every donation will support the discovery of new treatments, the refinement of existing practices and the evaluation of alternative treatment approaches – all in pursuit of better mental health for Canadians.

The Grateful Patient Program is one more way that patients can play a vital role in advancing HRI’s vision of world where no life is held back or cut short by mental illness or addiction. And it offers people in recovery another means of practicing gratitude and celebrating those who have helped them along the way.

To make a one-time gift or monthly donation of gratitude today, click here.

Guelph, February 1, 2019 – Trauma is more complex than originally thought. People diagnosed with post-traumatic stress disorder (PTSD) often experience changes in cognitive functioning, such as difficulty with memory, attention, concentration, planning and organization. Despite the fact that these challenges can severely impact one’s ability to function at work, school, home or in social settings, few studies have investigated treatments aimed specifically at improving thinking skills among individuals with PTSD.

A new study led by Homewood Research Institute (HRI) is exploring an innovative way to address this gap, treating the symptoms of PTSD through a cognitive training program called Goal Management Training (GMT).

GMT aims to reduce the symptoms of PTSD by helping people recover the ability to stop automatic responding, monitor progress on tasks and goals, and achieve those goals. The training has been used successfully in other patient populations – including people with brain injuries – to improve concentration, memory, and organization. This is one of the first times that the GMT program has been tested among those diagnosed with PTSD.

Preliminary results from studies involving patients receiving treatment for PTSD at Homewood Health suggest that GMT helps to improve thinking speed, memory and the pursuit of personal goals. GMT also led to reductions in depression and self-reported cognitive difficulties. Recently, GMT research has expanded and is now being trialed among individuals in the community with a history of military-related trauma and those who have worked as public safety personnel, such as firefighters, paramedics or police officers.

“Based on our studies to date, GMT holds great promise for improving quality of life and cognitive function for individuals with PTSD,” says Dr. Margaret McKinnon, Homewood Research Chair in Mental Health and Trauma, Associate Professor & Associate Chair of Research in the Department of Psychiatry and Behavioural Neurosciences at McMaster University, Psychologist in the Mood Disorders Program at St. Joseph’s Healthcare in Hamilton, and the principal investigator behind the study. “

But she cautions: “It does not replace standard treatment for PTSD, but rather focuses on cognitive function and quality of life.”

This vital research is made possible thanks to the generous support of The Military Casualty Support Foundation, The Cowan Foundation, and RBJ Schlegel Holdings, who have formed a three-way partnership and will collectively invest $200,000 over two years to expand GMT research in outpatient clinics treating military members and veterans to determine if previous findings can be replicated in non-residential settings.

“GMT provides hope for those who are suffering from PTSD,” says Theresa Hacking, President of the Military Casualty Support Foundation.

“We want to help military members and their families now, and GMT appears to be the way forward. We are honoured to pioneer this new treatment.”

In the coming months, HRI will implement Goal Management Training programs in both Toronto and London. The nine-week program will run year-round and will invite 12 participants per session. Doing so will not only help researchers understand the impact of GMT in outpatient environments, but it will allow individuals to access a program that may prove to be significantly beneficial to their quality of life.

“It closely aligns with the Foundation’s goal of improving the lives of Canadians, including those experiencing PTSD.”

“We are very pleased with this unique opportunity to partner with the Military Casualty Support Foundation, RBJ Schlegel Holdings and HRI,” says Heather McLachlin, President of Cowan Insurance Group.

“We see this research as having unlimited potential for those dealing with PTSD and their families.”

“HRI is grateful to The Cowan Foundation, the Military Casualty Support Foundation and RBJ Schlegel Holdings for their investment in this project,” says Roy Cameron, Executive Director of Homewood Research Institute.

“Their support enables Dr. McKinnon and her team to offer GMT to military members in a way that makes it possible to use evaluation to refine the way this new service is delivered as it rolls out.” 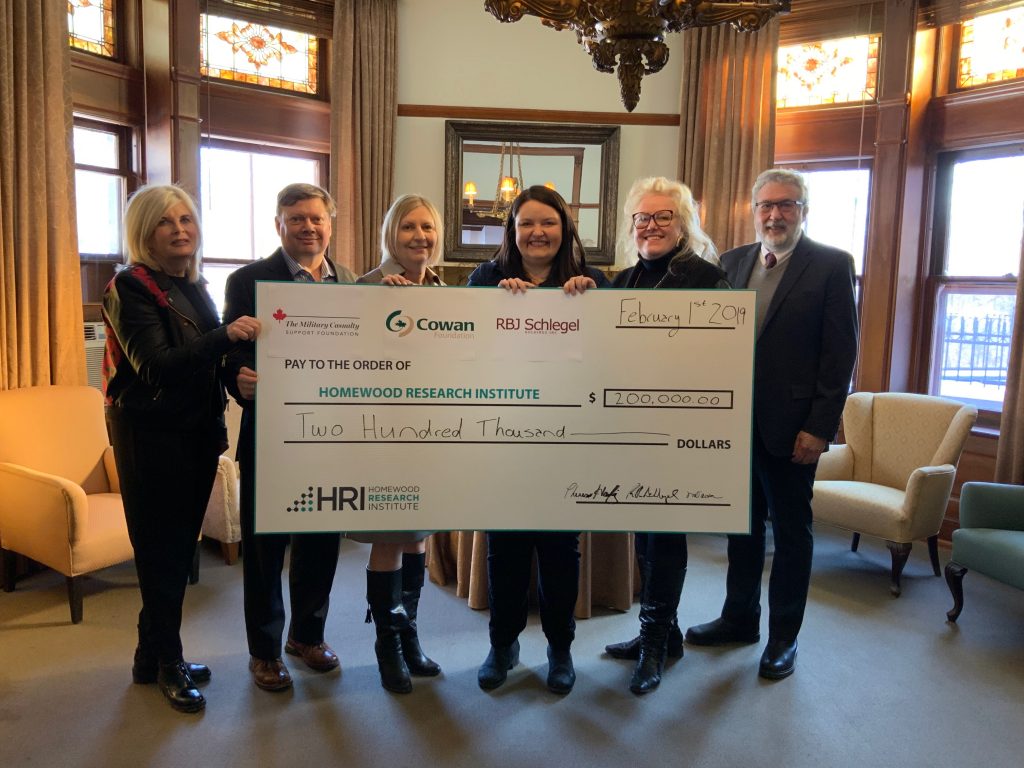