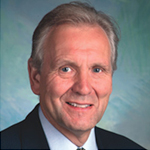 Martin Taylor is executive director of the Canadian Research Data Centre Network as well as professor emeritus at the University of Victoria.  He is also an adjunct professor with both the School of Public Health and Health Systems at the University of Waterloo and the School of Geography and Earth Sciences at McMaster University.  Previously, he served as a full-time faculty member at McMaster where he was the founding director of the Institute for Environment and Health.  Martin is the author of two scholarly books and more than 100 peer-reviewed publications in environmental and community health.

As the first vice-president research at the University of Victoria, Martin was accountable for the university’s major research platforms including the VENUS and NEPTUNE Canada ocean observatories and the national proteomics centre supported by Genome Canada and Genome BC.  He was the founding president and CEO of the not-for-profit agency Ocean Networks Canada.

Martin has been a member of the federal Council of Science and Technology Advisors, of the Social Sciences and Humanities Research Council of Canada board and of TRIUMF, Canada’s particle accelerator centre.  He has also served as chair of the Michael Smith Health Research Foundation, the NSERC Canadian Healthy Ocean Strategic Network and the Propel Centre for Population Health Impact at the University of Waterloo. He was part of the Council of Canadian Academies Expert Panel on the assessment of Canadian ocean science and he is a special advisor to Community Based Research Canada and was elected fellow, Canadian Academy of Health Sciences.