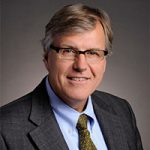 Robert Bell served as Ontario’s Deputy Minister of Health from 2014 to 2018. Prior to this role, he served as President and Chief Executive Officer of University Health Network for nine years. He was previously the Chief Operating Officer at Princess Margaret Hospital… [ Read full bio ]

Brian Furlong is chief of staff at Homewood Health Centre.  He is an expert in emergency and acute-care psychiatry as well a key executive leader at Homewood with responsibility for directing clinical outcomes, strategies and initiatives throughout the centre. Brian began his professional career as… [ Read full bio ] 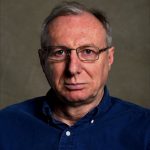 Gord Garner is the Executive Director of the Community Addictions Peer Support Association (CAPSA) and Chair of Recovery Day Ottawa, an annual event aimed at reducing the stigma surrounding addiction and raising awareness about recovery. Informed by… [ Read full bio ]

David Hales was born and raised in Guelph, Ontario and has been a leading figure in the community for decades.  A graduate of the University of Guelph, he was part of the iconic Parliamentary Internship Programme and a teacher before establishing his career in the insurance industry.  He is a past president… [ Read full bio ] 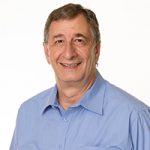 Dr. John G. Kelton is a Distinguished University Professor and Executive Director of the Michael G. DeGroote Initiative for Innovation in Healthcare at McMaster University in Hamilton. He entered his current role in 2016, after completing a 15-year term as McMaster’s Dean of the Faculty of Health Sciences and… [ Read full bio ] 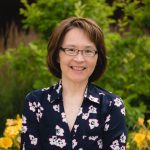 Dr. Linda Lee is a Care of the Elderly family physician and Schlegel Research Chair in Primary Care for Elders. She is also Associate Clinical Professor in the Department of Family Medicine at McMaster University. Dr. Lee has developed a… [ Read full bio ]

Jagoda Pike is the president & CEO of Homewood Health Centre and Homewood Health Inc.  Since assuming that role in 2014, she has led the organization through significant transformation and growth.  With an undergraduate degree in economics from the University of Toronto and…  [ Read full bio ]

Ron Pond began his career as a family physician in Port Colborne, Ontario before beginning the residency program in psychiatry at State University of New York at Buffalo.  After completing the… [ Read full bio ]

Ron Schlegel, chair of the Homewood Research Institute Board of Directors, is also the chair and owner of four family-owned companies: Schlegel Poultry Inc., which operates more than 20 farms… [ Read full bio ]

Martin Taylor is executive director of the Canadian Research Data Centre Network as well as professor emeritus at the University of Victoria.  He is also an adjunct professor with both the School of Public Health and Health Systems at the University… [ Read full bio ]

Josie d’Avernas
Officer and Board Liaison

Josie d’Avernas is the executive director of the Schlegel-UW Research Institute for Aging (RIA) at the University of Waterloo, an innovative partnership of 19 long-term…  [ Read full bio ]

As Homewood Research Institute’s business development & organizational director, Heather Froome is the cornerstone of the Institute’s work in developing and… [ Read full bio ]